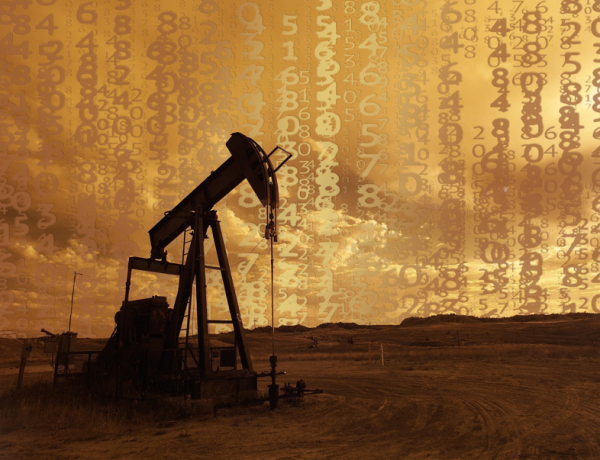 Crude oil trade was becoming uncertain amid the recent decisions of OPEC surrounding production levels. Limited supply caused prolonged high prices of oil. Although this was expected to be a transient situation, it was profitable for oil companies. The pandemic opened growing tension in oil trade, with the effects still felt today. However, the recent OPEC decision brings optimism for tankers. This article will chew over the influence of major crude suppliers on the tanker market.

OPEC eventually agreed to large production cuts in 2020 in reaction to the pandemic. There was a gradual increase of crude oil prices from distressingly low levels arising from the Russia and Saudi Arabia disagreement. This was a strategic move to avoid harmfully low prices. Despite this, OPEC members and allies were pushing for the relaxation of production constraints.

However, these objections turned out to be a utopian desire. Production levels remained low all throughout most of the previous year. High seasonal demand was supposed to stimulate the supply side during the first half of 2021. Now, bring on the conclusion of the disagreement between Saudi Arabia and UAE. The UAE insisted on higher quotas, as its output was increased after heavy investment. Saudi Arabia on the other hand, aimed to subdue possible reactions from Russia and especially the expansion of Russian quotas. Thus, supply remained constrained which equally held back tanker demand.

The Knock-on Effect Between Production and Exports

Based on our data in the graph below, non-OPEC countries have maintained trade more than OPEC countries did, with their exports experiencing a steeper fall. Stable low export levels are observed until May 2021. The recent OPEC decision brings optimism for tankers, but should OPEC have eased production levels earlier? 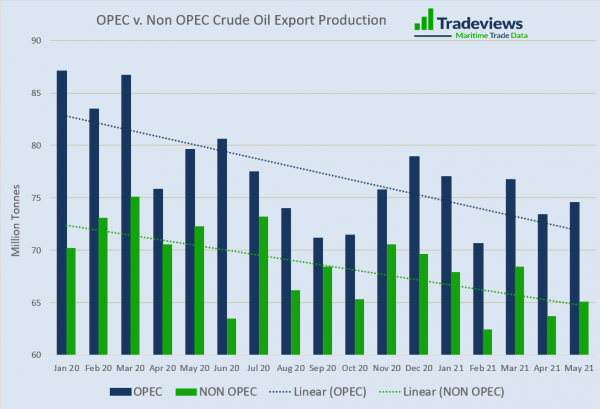 More specifically, OPEC’s strategy regarding the supply of crude oil seems to be holding back exports. The lowest months compared to previous years are first five months of 2021. In isolation, the exception to the rule is the United Arab Emirates, which in 2020 increased its exports by 6%. Russia (OPEC+), also a strong OPEC ally, decreased its exports in 2020 by 21%, from 180 to 142 million tonnes. 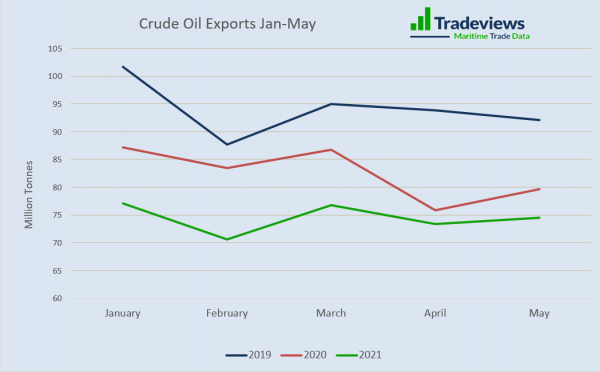 On Sunday 18th July 2021, OPEC+ decided to release more crude oil into the market. Whether pressure from the United Arab Emirates or the general economic and trade climate has led to this is questionable. Among the countries permitted to enhance the supply side are UAE, Saudi Arabia, Russia, Kuwait, and Iraq. More oil will be pumped next month. It’s estimated that the extra 400,000 barrels per day will increase global supply by 2% by the end of the year.

This development seems to favour the tanker market in the near future, as many predict demand to return.  Besides, it’s the first time after a year and a half that the agreement offers an increase in production. Therefore, we are expecting a corresponding increase in the exports of the mentioned countries as well.

Nevertheless, the global agenda is beginning to change. Many countries are strategically refocusing on renewables amid changing legislation. Most countries would now prefer to keep a tighter rein on crude oil production.

In parallel, the effects of the pandemic are increasingly sowing doubt into crude oil demand as the delta variant is hitting many countries hard. The course of the pandemic is hard to predict even by the experts. What we do know is Asia is being hit the hardest at the moment, with countries like Indonesia looking particularly desperate.

It will be interesting to follow the fortunes of the tanker market in what has been a difficult period. More crude into the market has got to be a positive but the patterns of demand are likely to shift with the pandemic, which will keep tanker operators on their toes.