Coal is on Fire!

Coal is on Fire! 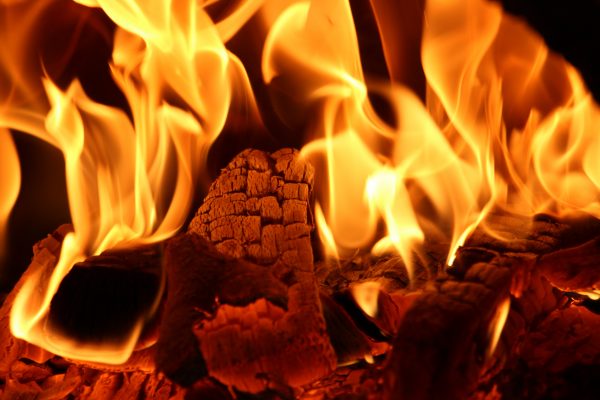 In the last 3 months the coal price has leaped from $90 per tonne, to nearly $150 per tonne at the end of July. This makes it one of the best performing global commodities. So, coal is on fire! What’s the story?

Rebounding electricity demand, a drought in China, and supply disruptions have all contributed. As a consequence, coal stock levels are low in most countries. While the coal sector has been struggling due to falling electricity demand, we now expect a turnaround meaning the dry cargo sector across all types of vessels should do well for the rest of this year.

Coal growth has been particularly strong since May 2021. Interestingly, the IEA (International Energy Agency) anticipates electricity demand will grow by a further 5% during the remainder of 2021 and 4% in 2022. This is compared to a 1% drop in 2020.

China Has a History of Moving the Market

From previous years we have seen China as the big swinger. They have an extraordinary coal demand at approximately 4 billion tonnes although they only import approximately 7% of their overall demand. This means any change to Chinese circumstances can greatly move the market.

This has been an unusual year and things now look a bit out of kilter. Stocks are low. In the autumn of 2020, in the heat of a dispute with Australia, China was having blackouts in some cities due to supply issues. Not wanting a repeat of this, they have the enormous challenge of rebuilding stocks. The graph below demonstrates this point. 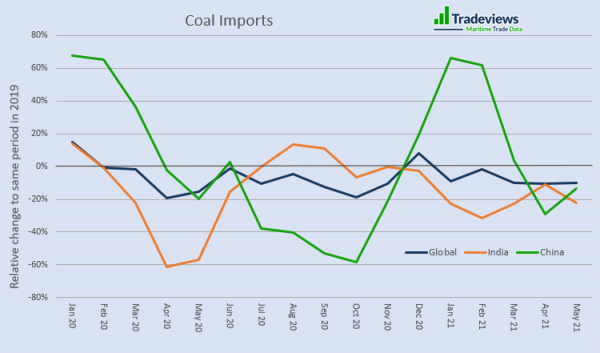 Chinese demand started strong in 2020 but fell away because of Covid-19. Supply then fell further because of the trade dispute with Australia. From December to March they managed to rebuild some of their stocks but then in recent months they have had supply issues. Cancelling Australian coal imports definitely does not help their cause.

Earlier this year there was a drought in Southern China. This meant that hydropower output fell, increasing coal demand. During this period, they were unable to boost their internal coal output due to new safety restrictions and Covid-19 challenges. Adding to this was flooding in Northern China, where many of the mines are. These problems also extended to Mongolia, China’s main alternative supplier to Australia. As a result, coal is on fire!

Global electricity demand is still below the 2019 level. The United States is about 5% below and Europe is a couple of percent below. However, India and China are now between 10% and 15% above 2019 levels. Therefore, as we go into the remaining part of the year, where western countries have increased their vaccination levels, we should see electricity demand grow stronger.

The downside of increased electricity demand is that renewable energy cannot keep up with the surge. This is widely reported as a headline grabbing story in newspapers. In reality, coal’s comeback is not going to be part of the long-term picture but is more of a correction from the extreme weather and adjustments due to the pandemic.

While coal demand has been lacklustre since the beginning of the pandemic, we expect to see a correction for the remainder of the year. The current BDI index is at the highest levels for more than 10 years, therefore we see this trend is set to continue.

Commodity prices are particularly high in other community groups too. The combined picture should mean that most dry cargo vessel segments should do well. Dry Cargo shipowners can celebrate a little while longer.